Tim Seifert, New Zealand keeper-batsman, has been confirmed as an addition to the Kolkata Knight Riders squad. Ali Khan, who was roped in for Harry Gurney, has himself been ruled out of IPL 2020 due to a side strain injury he was carrying from the Caribbean Premier League.

The USA fast bowler was on the verge of recovery according to KKR CEO Venky Mysore, but Khan couldn’t recuperate in time, and that resulted in his replacement. 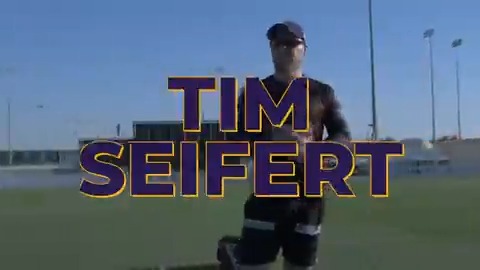 KolkataKnightRiders
@KKRiders
Follow
He’s got a 💯 off 40 balls in T20 cricket! That speaks for itself! Here’s welcoming explosive Kiwi, Tim Seifert.#KKRHaiTaiyaar #Dream11IPL
21 Oct 2020

Earlier, Northern Districts had confirmed Seifert will be an absentee for the Plunket Shield as he was called in as a replacement player in IPL. Both, Ali Khan and Tim Seifert were a part of CPL 2020 champions – Trinbago Knight Riders. Ali Khan bagged 8 wickets in the tournament, while Seifert scored 133 runs in nine innings at a strike rate of 109.91.

Ben Stokes out of tour game with abdominal issue

Ramnaresh Sarwan opts out of CPL 2020 due to personal reasons

Sarri on racism in Italy: There is only one race –...

ABOUT US
Contact us: sm@sportpulse.co
FOLLOW US
© Copyright © 2020 Sportpulse All rights reserved. | Powered by Seran Gaming Pvt Ltd
MORE STORIES

Vijay Shankar ruled out of 2019 World Cup with toe injury